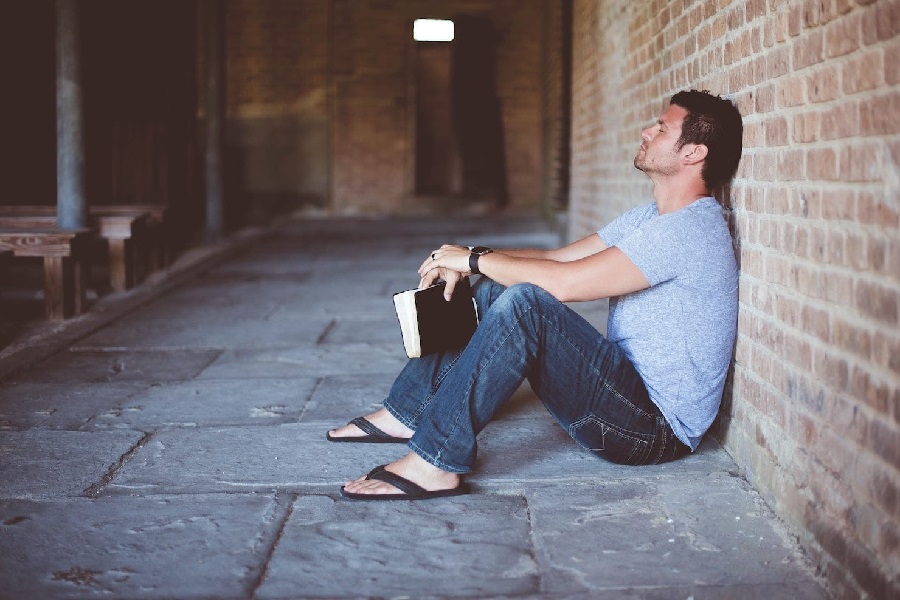 Social phobia may involve some comorbidities. For example, 60 to 70% of those diagnosed with this phobic disorder have depressive symptoms or have suffered from depression at some time. A pattern of high social anxiety would be that of a 40-year-old administrative worker who tries to be in an isolated office, does not talk to colleagues if they are in a group (only with one more trusted person), lives alone, does not have a partner and also lacks social group, even if dealing with a friend separately. The desired isolation also makes him suffer because he would like to be like the others, have fun at parties and have ease in social gatherings without feeling the tension that forces them to avoid them. “That discomfort leads them to depressive symptoms, and they

consult for a possible depression because the anxiety greatly affects their social, work and personal development.”

This phobia implies, in addition to the emotional discomfort typical of anxiety, a series of physical symptoms that other people perceive in some cases, and that feeling exposed increases the suffering of those who suffer from this disorder. Due to the fear of interacting with strangers and the anguish of feeling humiliated by individuals who feel that they are judging them, the person with social anxiety may present symptoms as evident as tachycardia, extreme sweating, voice and/or hand tremors, blushing, feeling of lack short of breath and having a blank mind, including nausea, dizziness and fainting due to the tension maintained during the social act.

Menchón emphasizes the importance of the differential diagnosis against other mental health disorders that may be concomitant. “For social phobia, it is very important to feel fear of the evaluation that others make of us. The person is fully aware that this perception is disproportionate, but cannot avoid it”. The expert completely distinguishes it from other somewhat paranoid interpretations, such as thinking “that they are going against one” or wanting to “catch” me. In social phobia, the problem is one’s own, not the presumed observers.

Along with depression, another disorder is added with some frequency to social anxiety. It is dysmorphophobia -now preferably called body dysmorphic disorder- or total conviction of having some physical defect, especially in the face, whether true or not. Weird nose, big head, little hair. This drives the person to avoid social situations due to physical deformities that do not even exist in most cases.

“Dysmorphophobia can be a disorder or a symptom present in other disorders such as eating behaviour, in obsessive and relational disorders. But the person with this disorder does not usually consult a psychiatrist but maintains a very marked social avoidance until he seeks an aesthetic clinic to solve his problem. It is socially limited but not social anxiety in itself”, clarifies the psychiatrist.

It also establishes a border with agoraphobia because of the fear of panic attacks in situations without help. Still, there is no fear of embarrassing circumstances as in social phobia. Agoraphobia can be mild, with fear of crowded environments (subway, buses, mass shows). Still, there are also really serious cases in which the agoraphobic person can only go out accompanied for fear of having a panic attack or a seizure crisis. Distress. When they do not seek psychological help, the way to control it is to lead an almost monastic life full of avoidance of “dangers” that could happen in open spaces.

The DSM-5 warns that social phobia can occur in children not only when they are with adults but also when dealing with other minors. The difference is that in childhood, anxiety or fear can be expressed in crying, tantrums, clinging to their parents or cowering in a corner, or being unable to speak in everyday situations such as a barbecue with the neighbours or a family birthday.

Various scientific publications conclude that children with these characteristics may have a higher risk of a social phobia than others, sometimes due to hereditary traits and imitative behaviour of very anxious or overprotective parents. The opposite, mistreatment, continued humiliation or ridicule of the child’s weaknesses can also lead to withdrawal and social phobia.

According to Menchón, conducting a psychological assessment and favour training in social skills could be convenient if these attitudes are prolonged over time. “In children, it could be a preventive measure because these abilities can be more easily incorporated into the person’s pattern of functioning and therefore reduce the risk of developing social phobia, although shyness tends to decrease with age.”

Something very different happens with very old people. It is considered that 30% of social phobias can be attenuated in a year, but approximately 50% persist throughout life, although with decreasing intensity. As social phobia almost always begins at a young age, the person adapts his life to these limitations, and older age tends to create less discomfort, so it is not often that they consult for this reason.

“Social anxiety, if not confused with other disorders, mainly affects the development of social activities and work aspects. But already in more advanced ages, these limitations

are not usually a problem. It can appear in older people if disease develops that causes some alteration that others may consider rare or strange, unpleasant or ridiculous. For example, neurological disorders with movement disorders”.

In any case, elderly people do not usually consult specifically due to social phobia; if they consult, it is for more complex conditions associated with physical illnesses in which there is not only social anxiety but also emotional discomfort due to the illness itself or due to situations related to ageing (deafness, difficulty walking, poor vision…)

since the Covid-19 pandemic, social anxiety related to using teleworking and online connections to participate in all kinds of events has likely emerged or stabilized. People with social anxiety may have certain advantages with these ways of relating at a distance, but this is not always the case. “Social anxiety can also present itself in the social interaction of the virtual world. It may be milder because the exposure to the social situation is shorter in time -for example, limited to work meetings called- and there is not as continuous exposure as in face-to-face work”, argues the expert, along with the advantage that interaction with others is more formal, concretized to the points of the meeting. Therefore the feeling of control that the person has over his intervention may be somewhat greater. “But social anxiety does not completely disappear,” insists Menchón. And it is that individuals will continue to blush, their hands will be sweaty, and they will continue to feel discomfort before speaking online. Still, at least they are not exposed socially during the entire course of the meeting and can relax while the videoconference camera focuses on other speakers.

The benefits of having a quality mattress

What is Cbd Oil? And Why Should You Care?

Types of methylfolate and their differences

Techniques for managing the pain without taking the medications

Getting to Look Lean and Attractive with Tejocote Pills